Hi friends, welcome back to my Paris and London anniversary series 🙂 On our first full day in London, we grabbed coffee from Notes and then took the tube to the Tower of London, a UNESCO World Heritage Site. This was another activity I was very excited about because I couldn’t wait to see the Crown Jewels. The Tower of London somehow seems larger than it appears and has so many different areas to explore. I also thought it was neat that it was right in the middle of the city, just like the castle we visited in Edinburgh.

Jon and I got to the entrance around 9:15, grabbed our audio guides, got our bearings, and then made a beeline to the Waterloo Barracks to see the Crown Jewels. There wasn’t a line to enter the exhibit at 9:30 on a Thursday, but by about noon the line looked pretty long. You’re not allowed to take pictures inside, but I loved being able to see over 23,000 beautiful jewels. The Crown Jewels were destroyed or sold at the Tower after the English Civil War and remade or bought back for Charles II’s coronation in 1661.

The exhibit features actual items used during the coronation of kings and queens. The most impressive is The Sovereign Scepter with Cross with a 530-carat Great Star of Africa diamond, the largest cut diamond in the world! Some other highlights of the exhibit include The Imperial State Crown with a 317 carat diamond, The Sovereign’s Orb, The Jewelled Sword of Offering, The Queen Mother’s Crown, and The Prince of Wales’s Investiture Coronet. This link here includes items in the estimated $4 billion Crown Jewels collection. (Pictures below are The Sovereign Scepter and The Imperial State Crown from the Royal Collection Trust website) 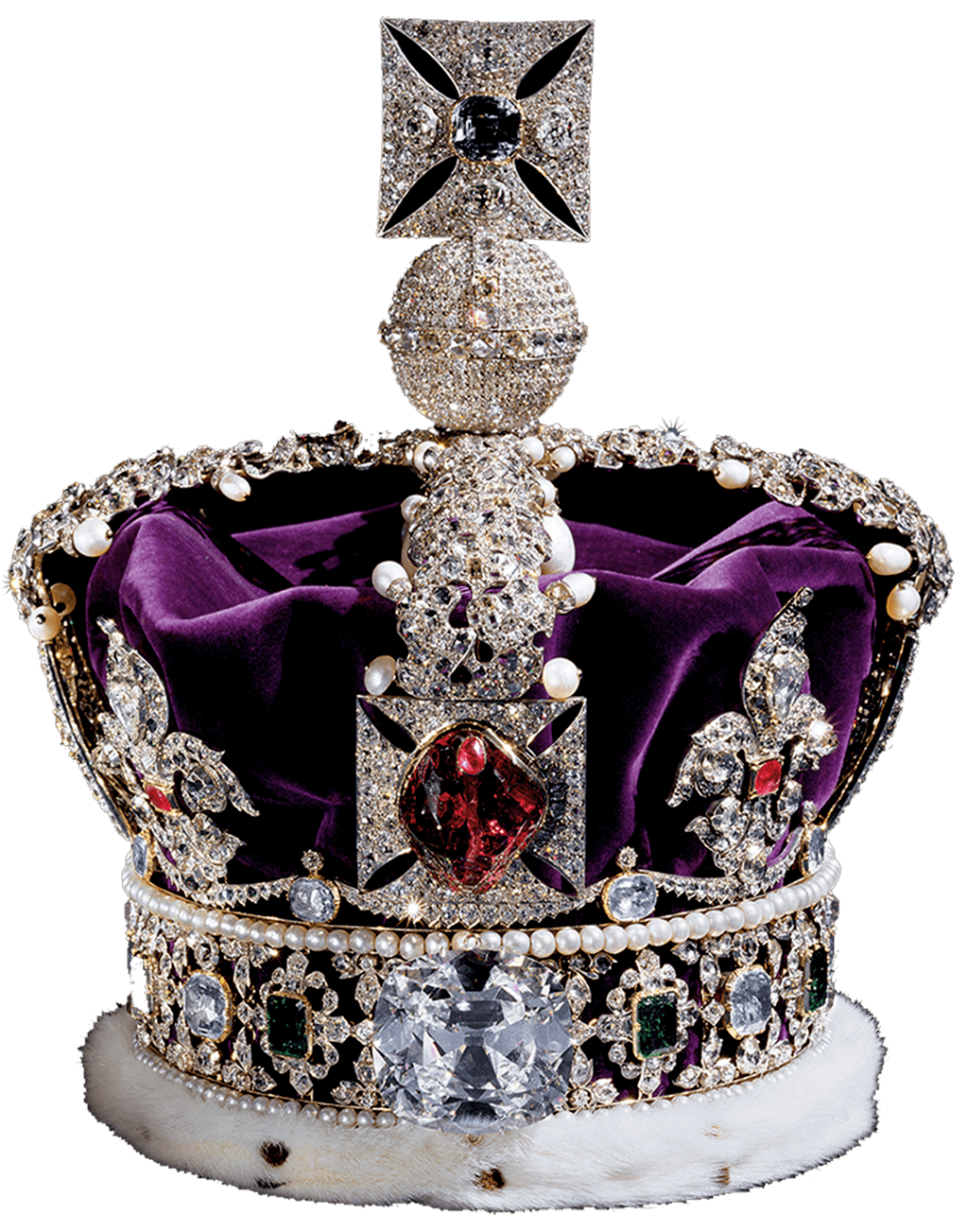 There is also footage of Queen Elizabeth’s coronation in 1952 showing all of the jewels in use. In front of the most popular jewels, they have a moving sidewalk like at the airport so people can’t stand in front of the best jewels the whole time. I thought this was quite a genius idea! The only pictures of the Crown Jewels I have is this ornament I brought home with me 🙂

We went into The White Tower next and this was the original castle built by William the Conqueror in the 1070s. The tower is 27m high and was the tallest structure back when it was created, symbolizing the absolute power and strength of the monarchy. The tower then became a prison where torture and suffering were the norm. It is now a museum containing lots of armor, weapons, a chapel, and torture devices including the actual execution ax and chopping block used here.

This was Henry VIII’s suits of armor when he was 24 and 50. People enjoy pointing out the difference in waist lines 😉

This chapel, Chapel of St John the Evangelist, is the oldest one in England dating from 1080.

I loved the views of Tower Bridge and the city in the background.

The Tower of London held a zoo at one point, so you can see sculpted animals throughout the grounds. They even had a chained polar bear that would swim in the Thames. Suffice to say I don’t think the animals fared too well here.

You can also walk along the Wall Walk to get great views of the city, Tower Bridge, and the Tower of London. There are different exhibits in the towers along the walk that are interesting to read about.

Ann Boleyn was beheaded right here and is buried in the Chapel Royal of St Peter ad Vincula behind Tower Hill.

There is a tradition that if the ravens leave the Tower, the crown or Tower will fall. The birds kind of freaked me out, but they are well taken care of here. The current raven’s names are Jubilee, Harris, Gripp, Rocky, Erin, Poppy, Georgie, Edgar and Branwen.

Bloody Tower is named so because of the supposed murder of the 12-year-old Edward V and his younger brother, Richard, in 1483. The theory is their uncle, Richard III, had them killed to clear the way for the throne.

Currently, about 100 people live inside the Tower of London, including the 32 famous Yeoman Warders and their families. Yeoman Warders are also referred to as Beefeaters and it is thought their nickname is derived from their position in the Royal Bodyguard, which permitted them to eat as much beef as they wanted from the king’s table. To become a Yeoman Warder, you need 22 years of military service, to reach the rank of warrant officer, and be awarded the long service and good conduct medal. They give free tours of the Tower of London that are highly entertaining and begin every half hour. I’d definitely come back here to take a tour with the famous Yeoman. It slipped my mind to join a tour, we were so fascinated with our audio guide and wandering around the grounds.

The Tower of London was one of our favorite parts of London and we would highly recommend visiting! Next up we’re heading over to Tower Bridge 🙂

Posts in my Paris and London Anniversary series:

Published by Lyssy In The City

View all posts by Lyssy In The City

27 thoughts on “London – Touring the Tower of London”

This site uses Akismet to reduce spam. Learn how your comment data is processed.

Hey there! I'm Lyssy and welcome to my blog! I'm a Michigan native living in NYC with a passion for food, travel, yoga, puppies, and fitness. I hope to inspire you to travel as much as you can and try new things :)